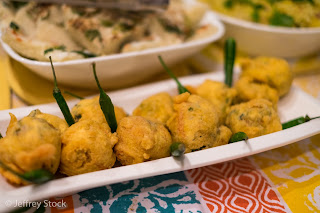 As made famous on Colbert's show, Yamini Joshi is a force of nature.  She participates in the League of Kitchens, an immersive culinary program that connects curious foodies with immigrant cooks living in New York. (Above: potato fritters and green chilies). 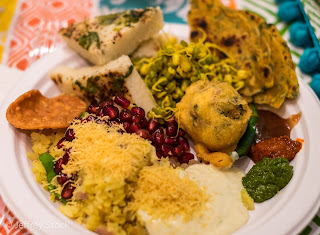 I traveled to Yamini's home in Kew Gardens, Queens, where I met 5 other New Yorkers to learn more about the joys of South Indian vegetarian cooking. (above, the "snack" we were greeted with before the class even began). 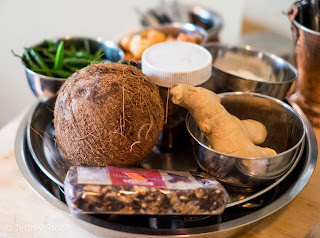 I had previously taken a wonderful cooking class in Kochi in the south Indian state of Kerala. That was also in the home of a gifted woman hosting a handful of hungry and curious students in her home kitchen. Although Yamini is originally from Mumbai, her southern style was evident from the start (Above: some of the key ingredients of south Indian cooking: coconut, ginger, tamarind and chili). 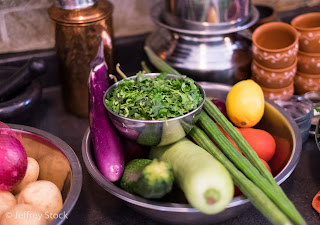 Yamini had fun pointing out that this long okra-like "drumstick" vegetable is used to give "man power" to any men in need of more power. 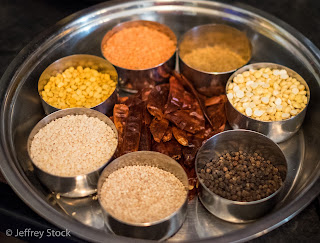 The main dish on the menu was masala dosa, a thin rice-and-bean-flour pancake served a red-hot spice mixture and vegetable soup. 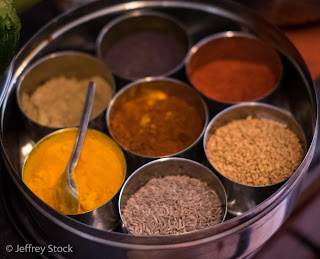 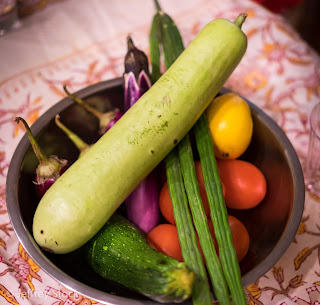 Yamini pierced this gourd's skin with her fingernail to show how it "bleeds" red liquid. Therefore it is believed that it is good for the blood. 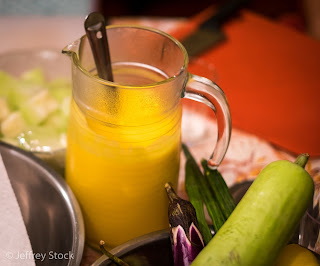 Mango lassi was the perfect antidote to the many super-spicy dishes. 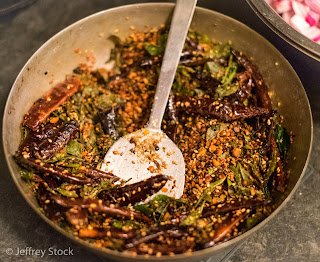 This is the key to the dish: the masala spice mixture being fresh-roasted. 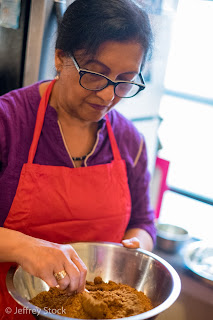 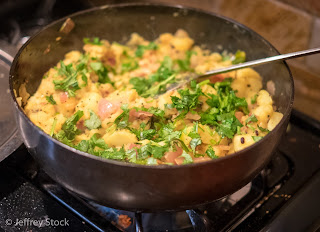 Potatoes cooked in ghee with mustard seeds and topped with fresh cilantro round out the meal. 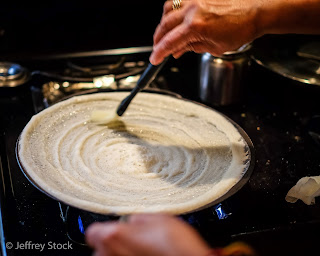 Yamini teaches us to make dosas on her special pan, brushed with oil. I found it interesting that we don't brush the pan with oil, but rather the top of the pancake. 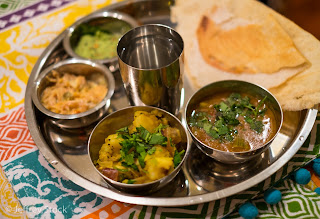 Two kinds of chutney make everything even spicier and more delightful. 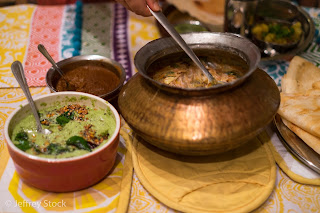 Even the pots and dishes and table cloths are beautiful. 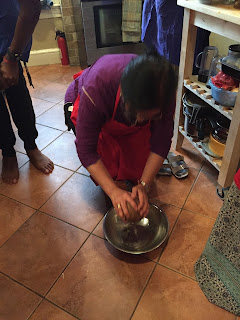 Yamini shows us how to use her special tool for shredding coconut meat right out of the coconut. 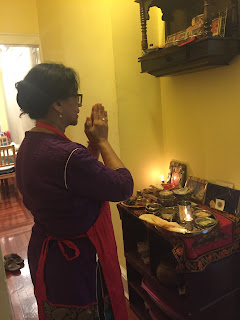 I was especially touched by Yamini's prayers and chanting. Before we could anything sweet, such as the seviya (vermicelli) kheer pudding, we must offer it first to "the deity." The gods never had it so good.
Posted by Jeffrey Stock at 3:51 PM 2 comments: